I don’t know if you are the same, but the half dozen tomatoes that we planted on labour weekend are now producing so much fruit that we can’t keep up.  I have a freezer full of tomato sauces, soups and ratatouille, and still they keep growing. So now we are on to chutneys and ketchup.

The tomato wasn’t really accepted in northern Europe until late in the eighteenth century and much like the potato was feared at first due to its relationship to deadly Nightshade. Added to that was the lack of understanding as to its uses, which brings out the old quote “Knowledge is knowing that a tomato is a fruit; wisdom is knowing not to put one in a fruit salad”.

Initially it was always cooked and variously pulped for soup or made into a piquant pickle with vinegar and spices. The word ketchup comes from Chinese, meaning “brine of pickled fish” and refers to a sauce such as the Thai “Nam Pla”. Despite this confusion tomato ketchup has gained a world wide following. Ketchup is usually seen as the classic bought in one from Watties or Heinz, but there is nothing like homemade if you have a glut in the garden. Its flavour is fresher, with the spicy ingredients adding a new edge to liven up the whole experience and of course you are in control of the exact ingredients.

I’m not trying to compete with the Hawkes Bay institution, but we should try to make our own – at least once. 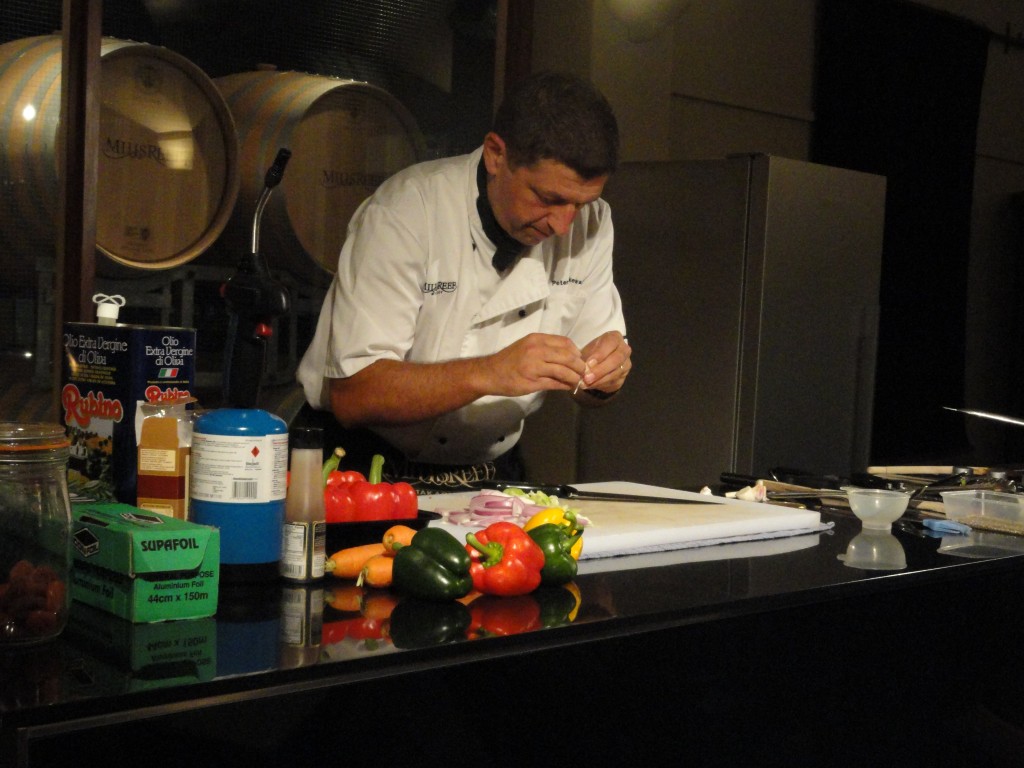 Makes just over a litre

a good dash of Tabasco

a couple of tablespoons of tomato puree

Place the sugar and vinegar in a heavy based pan and bring to the simmer. Tie the spices in a bit of muslin, so that you can find them at the end.

Add the tomatoes and all the other ingredients and bring to the boil, stirring to prevent any sticking. Once up to the boil, reduce the temperature and simmer for 45 minutes, stirring occasionally (this has a habit of sticking to the bottom as the solids and liquids separate, so stirring keeps it all in suspension). Search for and discard the muslin bag and blitz in a food processor.

« A Taste of China
Cream Tea Anyone? »